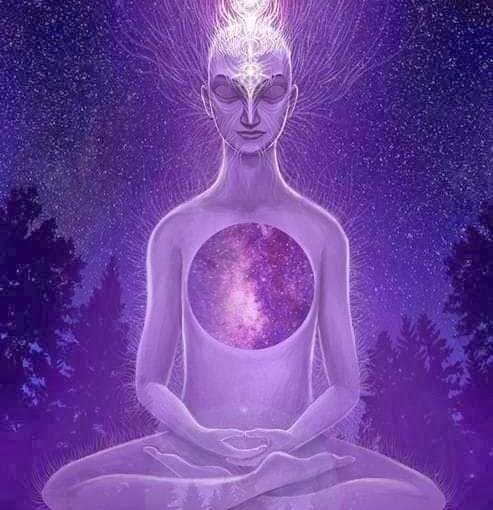 Eye was born in the USA, in 1983, 2 months before the Montauk “Project” was initiated.

In 2003, at the age of 20, I was in college, working at a tea bar, and recording drumkit and vocal sessions in the studio at my school, happy as all hell and everything was wonderful. I had been HARD into writing hip-hop and slam poetry, and had recently received a HUGE dose of highly spiritual inspiration; my writing had improved exponentially between ’99 and ’02, and people were noticing. But then suddenly the source of influence for all of my writing completely disappeared, very rapidly, out of the blue, and it has baffled me ever since. To this day, despite having written and published an incredibly unique allegorical, archetypal Sci-Fi/Fantasy novel written during 2011, ’12, & ’13, I have still been unable to distribute and sell any copies of it properly, which has nevertheless been my “career” this past decade. And yet, it has never been able to offer me any fruits of labor, whatsoever, not even One Poisoned Apple.

Looking into it for years, I found out in 2010 that in 2003, both the magnetic and electrical peaks of an 80-year dimensional blend project had occurred within 3 months of each other, and the alignment with the signets of Earth’s Templar (12-dimensional matrix) was both naturally and artificially connected to our current timeline on Earth via both naturally-occurring and forcefully-directed higher-dimensional frequencies resonating throughout our Harmonic Universes in Krystal and Fibonacci spirals (see below). It is also important to note that 2003 was also the year that the much-beloved Dimebag Darrell Abbott of the infamous PANTERA was assassinated on the anniversary of John Lennon’s assassination, effectively ending the Nü Metal wave that was started by Korn in 1994 (the same year Kurt Cobain blew his brains out with a shotgun, effectively ending the Grunge scene.) Thank you greatly to all of the real Lightworkers who grounded the Earth’s frequency with their bodies at the location of the Arc Planetary Seed Atom (APSA) at that time in Southern France. Without your help, the planet would have undoubtedly suffered major “natural” disasters, the Tribulations having initiated on Earth 20 years sooner. That’s why SARS (the Virus that causes Covid-19) was engineered and ready to infect the masses in 2003, but there was a problem — one more piece of the puzzle needed to be solved before wrapping this all up.

Something seriously Intense was needed in this dimensional blend experiment that peaked energetically in 2003, which E’Asha Melchizedek (formerly Ashayana Deane, MCEO* Speaker 1) calls Hetharo (electric) / Hethalon (magnetic). Using the natural frequencies of our solar system’s planets’ processions in relation to Earth, and in conjunction with Venus transits in particular, as well as Earth’s lunar phases (remember that Venus is still in anti-phase to Earth), all connected to the artificial holes in timespace/spacetime that were ripped open by both the Philadelphia Experiment (1943) as well as the Montauk Project (1983), the close of the full 80-year experiment would need to occur to set everything in motion for the true Apocalypse. Just in time for my 40th Birthday.

That is why I am writing this article. I have just received Word from my channels that in 2023, there will be a “perfect storm” of events occurring simultaneously: Venus’s Pentagonal Alignment with Hetharo / Hethalon (which I call the H Event, referencing the TOOL song) in conjunction with CERN’s large hadron collider outputting 14 TeV, will initiate an intimate connection, and an apocalyptic conclusion, to the high degree of coupling frequencies still emitting from both heinous occurrences of the Phi-Ex & Montauk Project.

Which brings us to the ultimate lyrical meaning of TOOL‘s “Descending,” off their latest, most incredible 7th album, FEAR INOCULUM [2019]. I tend to think this is a song about the collective unconscious of humanity finally experiencing the certain onset of the prophesied Trials and Tribulations — the last stand Humanity will have to make against false idols, corrupt governments, distorted religions, and unreal “History.” Maynard James Keenan, like E’Asha Melchizedek, is a true modern-day prophet, here to guide true Angelic 12-strand, 12-Tribe human beings of the 3rd Seeding to the 5th World of the 2nd Harmonic Universe, Tara — Future Earth, which will now be accessible to us by August 13th, 2023 (dimensions 4, 5, & 6). Only remaining vigilant, mindful, and WITHOUT FEAR can we, as a human race, Ascend to the next level, and each become Kryst for Ourselves. Mass Peace. -MIKE EYE / darkesoterika.com

Happy Full Moon and upcoming Autumnal Equinox 2021, everybody, and I’ll See You with bong in hand on the Other Side in 2023, awaiting the arrival of Hitler and the grey Zetas!

*MCEO = Melchizedek Cloister Emerald Order — the true modern-day, non-dogmatic Freedom Teachings based on the original Law of One, originally used in Atlantian & Mu societies [this is not at all related Drunvalo Melchizedek, & his Flower of Life Facilitation; E’Asha conducts Kathara Healing 12-Tree workshops based on Keylontic Science]

I leave you with the full details of How To Unlock Your True Self and Save Humanity NOW:

2 thoughts on “LAST STEP TO THE FIFTH WORLD.”