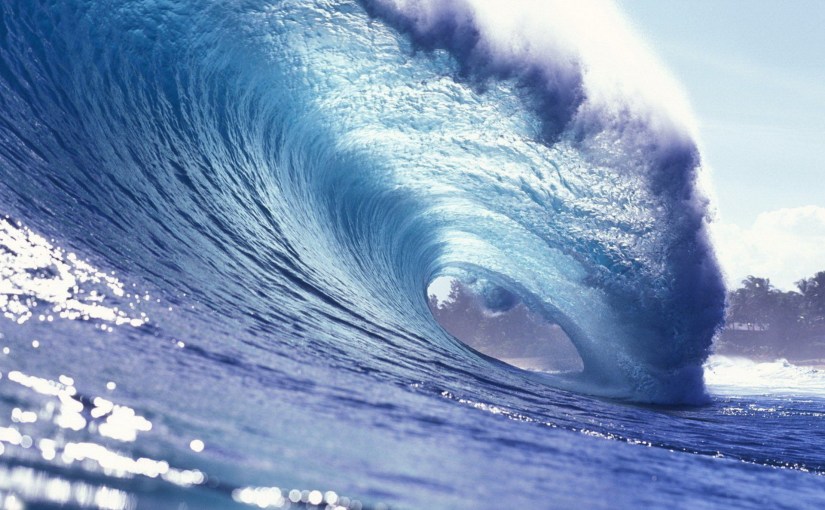 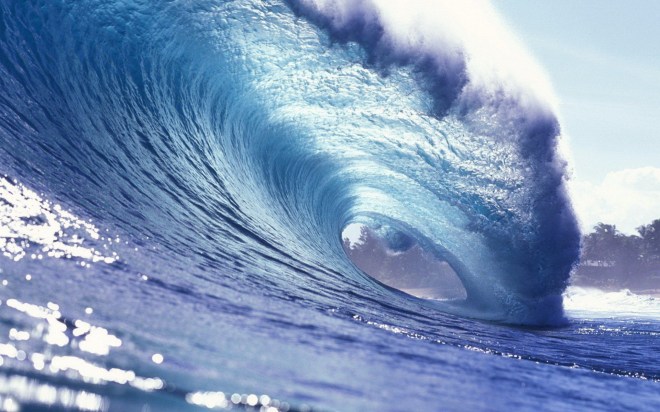 STRANGE AS IT SO WAS, MAGDALENA SOON FELT NOT ONLY completely revitalized, but more tough and sure of herself than ever. The Blood-Red, full Harvest Moon was still glowing ominously up above, simultaneously with the Sun. The magical hovering pond was also still beside her, and shining unwaveringly with a newfound glimmer.

The Mother looked around herself to notice how horribly dirty and desolate this desert was that she found herself in.

With the environment having transformed entirely, Magdalena was acquiring new emotions.

With the Sun in the sky for the first time in God-knows-how-long, she slowly started to notice her character render forth a spunky new attitude and began reconciling her disregard for her daughter, eventually finding inner solace to accept the baby for who she was despite her ghastly appearance. Besides, Lina wanted to make sure she adhered to Solaria’s requests, if not for fear of some misfortune to arise.

After having withdrawn the placenta from her womb with forceful yanks of the slimy cord, the Mother gathered Mandorla into her clutches and brought her over to the mystical pond to wash her off. The bleeding of the Mother’s body had diminished substantially. She cradled the hushed baby gently back and forth in her arms, although she didn’t really have a reason to.

Mandorla lay in the Mother’s embrace, oblivious, looking neither sad nor happy, neither tired nor lively.

Amrita crept up to the scene. The bot glanced momentarily at the tiny newborn monster, then at Magdalena.

“She looks of another species!”

“Let’s not talk about it!” yelled the Mother, understandably offended.

Rita said not a word.

“You look atrocious,” said Lina after a brief moment, noticing Rita’s face splotched in blood. “What the Hell is wrong with you, Rita? What compelled you to lick up all that blood, ‘specially when you don’t even have any taste buds?”

“It’s weird,” said Rita, “I can’t even recall having an urge to do so. It’s almost as if I lost control… and I seemed to be viewing my own ‘body’ doing it, not from within my CPU, but from up above it, three feet or so.”

The woman just stared at the thing, irritated.

“I’m going to go pour libations from this pond over my precious now. Leave me alone.”

“You mean baptize your baby?”

“No. I’m going to go pour libations over her,” said Lina.

Mother Magdalena stepped to the edge of the pond, her newborn in her arms. She lightly closed her Eyelids and began to pour libations from the mystical pond with little hand cups over the hairy, severely deformed Mandorla. After about a minute or so, Lina felt obliged to again view her reflection in the pond.

Staring into the pond in wonder, Magdalena saw the reflection of herself holding Mandorla, began contemplating her ultimate life purpose with thoughts of tremendous profundity.

And then, not long thereafter, still staring at her reflection, Magdalena saw a tiny tear trickle out of her Eye duct. She momentarily sifted her gaze from her reflection to wipe the tear away, and upon returning her gaze back to where it had just been, the woman noticed that the aquatic mirror-image of her face had been blotted out as a couple of sharp ripples cut into the watery image.

Thinking nothing of it at first, the Mother resumed the fruitless endeavor of rocking her most precious back and forth but was soon forced to stare back into the enigmatic pond with unease as the ripples increased intensity, and little bubbles began boiling up a bit, curtly crafting undercurrents upon the surface of the cool pool.

And the Mother gasped with utter astonishment as she noticed a squirming-something completely unexpected start to emerge ever-so-slowly from the depths of the pond. 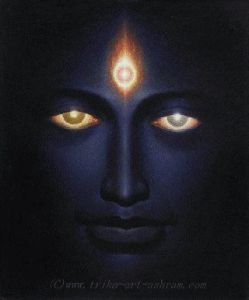 Shocked beyond belief, Mother Magdalena, wide-Eyed and wide-mouthed, tightened her grip on Mandorla and instinctively sifted her body backwards in quick shuffles, dragging her glowing dress along the dusted ground. Staring directly at the part of the pond she had just been caught up in, lost in contemplation, Magdalena now bore witness to two aged, male hands gradually rising out of the waters, their fingers trembling vigorously.

Lina sharply gasped and continued to shuffle her body backwards, inch by inch, scared as all Hell at this bizarre spectacle before her.

As terrified as she was, Lina could not, would not remove her gaze from the two hands that were slowly rising upward out of the water, which now showed two full hairy, aged forearms exposed out to each elbow. Inching back still, bit by bit, Lina shut her Eyes tightly, trembling, prayed this was just a Nightmare, or that she was at least Hallucinating, two wishes she had now become uneasily fond of making.

Opening back up her Eyes Lina could now make out a round, hairy projection in between the two arms and she let out a high-pitched screech. Amrita came over to check on the commotion and, like Lina, could only fix a locked stare straight into the pond.

Slowly, ever-so-slowly now, Magdalena and Amrita gaped ahead in utter Horror as they watched the Head of a very old, peculiar-looking man slowly emerge out of the mystical Water, Higher and Higher still, two big yellow balls of light emanating from his Eyes, rendering them unnoticeable, the upper part of his face veiled from their luminosity. The old man kept his hands raised straight up skyward as he continued to creepily emerge, seeming to remain calm and still, although still slightly quivering throughout his body. The man had long grey hair and a long grey beard, which disguised the bottom half of his face, all of which was soaked and unkempt, kind of like the hair all over Mandorla. He sustained his steady demeanor, the two big, bright balls of light before his Eyes glowing intensely at the Mother as he continued to arise, little by little, from the liquidy depths of the magical Water.

Sparks of enchanted energies shot forth from the two fiercely radiating ocular headlights, and into the Eyes of the Mother, who remained glaring back at them with bugged-out Eyes.

Magdalena attempted to convince herself that she hadn’t seen it at first, but was then rapidly overcome by the potent effect of the colorful gaze that’d just been shot directly toward her. The mighty twinkle that Magdalena had been bejeweled with promptly put a most powerful spell upon her which caused her to creep slowly back toward the pond, toward the mysterious man.

Unthinkingly, Magdalena continued to move back toward the slowly emerging man, bit by bit, her Eyes flickering with pixie dust as the old man now held complete possession of her cerebral cortex.

An immense flash of ultraviolet light then abruptly blotted out all of Magdalena’s perceptions of all kinds along with an embedded sharp harmonic tone pulsing over the vicinity, causing the Mother to be put under an anesthetic-like state for a few minutes, a period of time that didn’t seem to exist for her.

The next thing she knew, Magdalena was again staring at her reflection in the mystical pond, as if no time had passed since she had originally done so upon pouring libations over the Head of Mandorla, her most precious in clutches, no memory to be had of the incident that had just supposedly occurred.

She glared on, straight into the pond at her reflection, nothing at all seeming out of the ordinary, or at least ordinary for the likes of the grim post-apocalyptic state of affairs as of late.

The Water was as still as could be.

Fixing her gaze down upon the pond now to focus upon the reflection of her newborn, the Mother let out a horrible, most terrifying wail of utter Horror as she noticed, through the reflection, the disguised face of the eerie old man in her arms in place of the blank face of Mandorla. And in place of the glowing orbs that had veiled the man’s Eyes earlier was his long hair, wrapped around the top of his face to conceal himself.

Releasing her grasp without thinking, the old man’s Head came clunking to the ground as Lina quickly rose to her feet. She then noticed that she had been unaware that the rest of the man’s body had been lying to her side as she had held just his Head in her arms, for how long she hadn’t the foggiest.

Magdalena raised her hands to her cheeks and screamed a most horrifying scream that kept on for almost a minute as she proceeded to work her lungs vigorously and slowly lose her voice. During the panic, the old man had gently, peacefully propped himself up, had come to a lotus posture, and smiled.

It had taken quite a while for Amrita to get Lina to stop screaming.

“Lina, Lina, it’s okay, it’s okay!” exclaimed Rita repeatedly, “I do not detect any sort of hostility from this man.”

“Rita! Where is Mandorla?! Rita, what happened?? What happened!?? I-I… don’t remember!” Lina shut her Eyes, hit her fingers over her forehead repeatedly.

“Calm down,” said Rita, “he put a spell on you, I witnessed the whole incident.”

“But… but my precious!” exclaimed Lina, “What the Hell happened to my precious?!”

And, ever-so-peacefully, the old man muttered a rather deep-sounding reply to the statement just made.

“I am your precious,” he declared calmly.

WTF IS GOING ON HERE?? STAY TUNED TO FIND OUT!! -MIKE EYE

One thought on “☆ 25. THE AQUEOUS TRANSMISSION EVENT PART I. (The Aftermath of the Perverted Birth of the Hoggish Mandorla)”