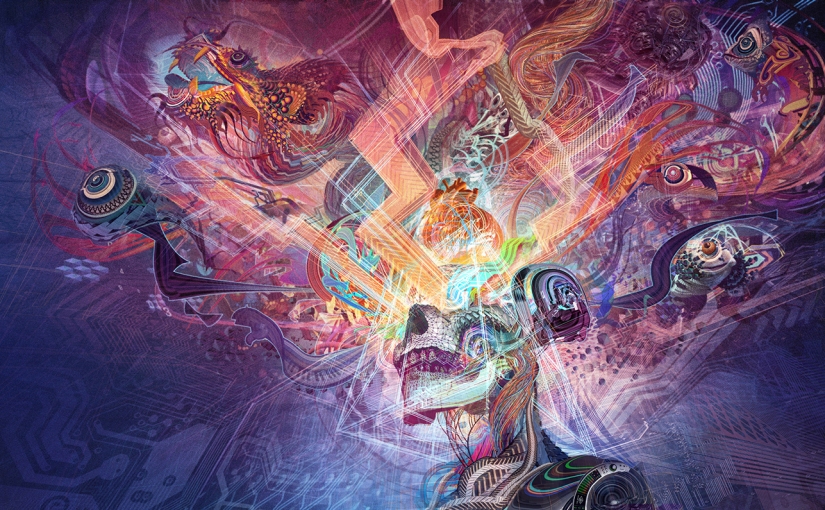 Excerpted From The Aqueous Transmission By MIKE EYE

SEVERAL HOURS LATER, MAGDALENA FOUND HERSELF IN conversation with the old man, having eventually come to. He was about four feet short, with a long scraggly beard about three-and-a-half feet long. His Eyes remained totally wrapped up with strands of his long, grey hair. Dark robes hung loosely about the old man’s frame. He would remain camouflaged per order of the almighty Lachrylon.

Mother Magdalena was still groggy from her passing out. She could only see a tiny bit of the old man’s skin, just barely enough to notice the deep wrinkles. 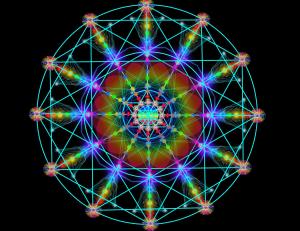 “You saw what happened,” replied the man softly, deeply, “And my name is Al Rodnam. Pleasure.” And the old man held out a gruff hand toward the Mother.

Lina, still suffering the after-effects of the Delirium, paused momentarily, cocked her head slightly to the side warily, squinted her Eyes at the man, then reluctantly extended her hand out to shake.

But she quickly retracted it, all of a sudden remembering crucial parts of what she had seen in Amrita’s recording.

“Waaaiit a second..!” She was irritated. “Okay, where did you come from? And where is my daughter?”

“You saw where I came from,” said Al Rodnam, “and, as I said earlier, I am your daughter.” 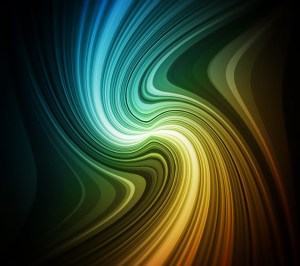 “You’re clearly not my daughter,” snapped Lina. “Before. When you had me in that, that trance… What was all that commotion earlier with the storm and everything? And-and who or what was that speaking to you in that loud voice? … What is your connection to Fletcher Munsin?! And what is this about a sacrifice??” She spoke very fastly. “What the fuck is going on, here?!” shouted the Mother with a justifiable resentment.

Al Rodnam did not waste any time using his abilities to quickly rid Magdalena of these memories. She knew too much. With a momentary lifting of some hair from his Eyes, he shot a fierce stare with his big twinkling Eyes at the Mother, magically erasing from her memory everything she had watched on Amrita’s display. Lina stared back in a million mile daze, blind to the effects of Al Rodnam’s magic. 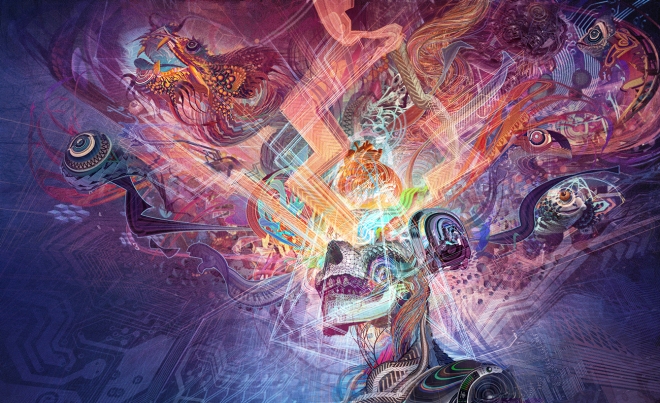 After about a minute, just before he released his possession of Magdalena’s mind, he muttered some terse words to Amrita.

“If you mention this to your friend here, I’ll dismantle you in a jiffy.” Rita cowered kind of like a cat in response to this remark, its processing board functioning erratically, unable to select a fitting programmed response to the statement. Instead, it beeped annoyingly as it attempted to meow. 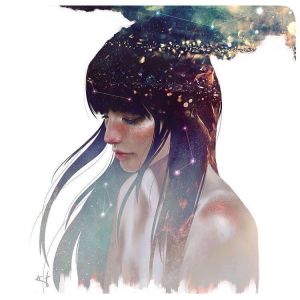 Lina came to, shook her Head, raised a few fingers to her aching left temple with a grimace, and stared back at Al Rodnam.

The old man swiftly turned to her. “That’s okay,” said he curtly with a curtsy, “I know who you are anyway.” His Eyesight remained fixed in deadlock directly into Magdalena’s Dark, fuzzy Eyes and her gaze was fastened to the old man’s like a carabiner on belay with a taut rope hitched to the grittiest mountain climber.

Magdalena shook her Head again rapidly, rubbed her Eyes with two fists. She glared back at the old man who was still sitting in a lotus position upon Fucked-Earth.

“I am your counterpart, Magdalena,” said Al Rodnam perceptively, his face tilting slightly to the side. “We have met before. We are the only two human beings left on Earth right now. I have come to procreate with you, my lady. We must initiate the cycle yet again.” The man was very solemn.

Lina snapped at the old man spitefully. “I am not having sex with you. Can you take your hair down so I can see your face?? Is this a joke?!”

“This is no joke, my dear,” said the old man, “And don’t forget what Solaria told you, now.”

The Mother’s Eyes widened. “How do you know about what Solaria told me??” she asked in astonishment.

“I have been told by a third party source,” answered the old man cryptically. “And what is this slinky mechanical contraption you have with you, here?”

“This is Amrita, my lovable companion,” replied the Mother with a false, forced sense of geniality, attempting with failure to disguise how irate she felt. She pointed to her pet shakily, still rather bewildered by all that was happening.

The man turned his Head squarely to face Amrita and although his Eyes could not be seen, the little android was ninety-nine-point-nine percent positive that beneath the grey strands of hair hiding his Eyes, the old man was glaring menacingly at it. Luckily, Amrita was unable to feel fright. But if it could, it definitely would be exercising that emotion right about now.

Amrita quickly weighed out the options it had of how to deal with the threat it had recently received from Al Rodnam, and so erroneously came to the conclusion that the best way to handle it was to delete the stored memory of the threat given to it, as well as what it was it was supposed to keep secret.

This execution may have been a programming flaw in its microprocessor.

It may not’ve been.

Nobody may ever know.

“Nice to meet you,” declared Amrita all-smiles with an extended shiny, metal paw.

Al Rodnam glared menacingly for a time at the scrap of kitty metal from behind his hairy head-wrap. Then, after a short while, he squinted his Eyes hesitantly before extending his old hand to shake the mechanical appendage.

“Okay, so let’s get going,” said the old man rising to his feet. He turned around and began walking.

“Where are we going?” asked Lina, still part-comatose.

And woman and pet followed the old man.

But after just a few steps, the man paused. Before they left the locale where the hovering glowing pond had been shimmering its enigma, Al Rodnam remembered something very important he had to do before he departed. 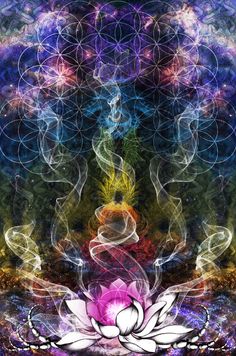 It turned out that Al Rodnam was able to clearly see straight through his hairy blindfold, as if it weren’t even wrapped around his Head.

The man took a quick gander around the vicinity, coming to set Eyes on the bloodied umbilical cord of the Mother that was strewn into the dirt, the placenta still attached to it at one end. He shuffled over to it. The old man lifted his left leg slightly and brought a foot down hard upon the placenta, reached down to pick up the attached slimy cord with his right hand, and promptly snapped the cord robustly from the afterbirth with one strong, solid jerk.

Al Rodnam stood there silently, contemplatively. He slowly raised the umbilical cord with his right hand and examined it, letting it dangle in the air. His vision pierced through the hairy head-wrap at the cord and glanced at it inquisitively for a brief moment.

After a short while, the old man proceeded to slightly open his robe and bring the cord to his hairy chest, and, using both hands, gingerly tied the cord around his neck with a tight knot. Lina and Rita noticed not the peculiar smile that then spread over Al Rodnam’s aged face, his back to the Mother and pet.

“Let’s get a move on,” said the old man suddenly.

Lina and Rita looked at each other with slight hesitation, then reluctantly proceeded to follow the strange old man. 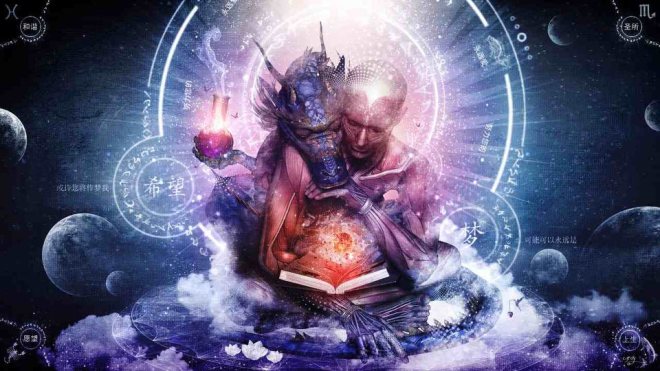 The trio trekked on over the desolate tract for several hours in complete silence. It had remained at least 104˚ Fahrenheit since the Sun had appeared, precisely ninety-eight-point-six-nine degrees Fahrenheit at this very moment according to Amrita’s high-tech thermometer. And, as the voyagers would soon discover, a concise pattern of daylight and nighttime would Once again revolve the planet’s cycle, as the mighty global timeship would again begin spinning regularly upon its tilted axis, which was now far, far more tilted since the recent far-reaching, twelve-strand DNA-strung frightful fission sperm drop of Fletcher Munsin into the Mother’s oblivious chaotic Earth-birth canal. And because of this, the trio would also come to find that day and night were now both each approximately seventy-two hours long.

The Moon would once again wax and wane in its original manner, pulling upon the far fewer tides that now rippled over the surface of Fucked-Earth, taking exactly twenty-eight days to undergo a full phase of both the wax and the wane, every month. The only difference was that it remained an ominous crimson color due to the Liberation of Mandorla, henceforth permanently to exude its blood-born haze to forever smear its clever curse into the sky. The Dark Side of the Moon would still remain forever turned away from the planet, permitting only the Spirit of the Mother access to its underhanded surface energies. -MIKE EYE

One thought on “☆ 27. The First and Last Godhed of Bry Dellows Kasts the Spell of Solaria Upon the Mother”