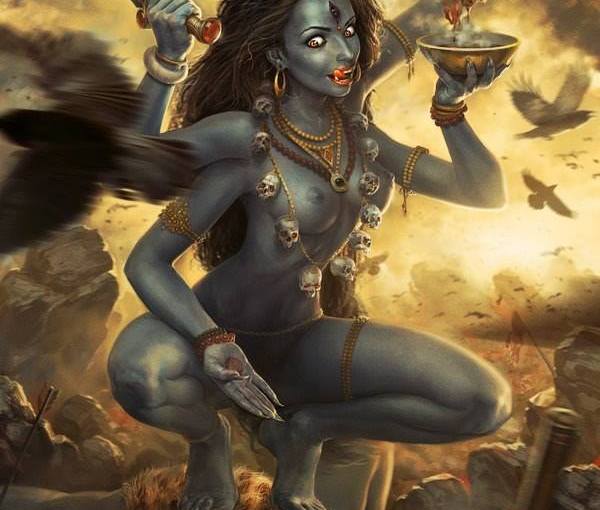 THE SACRED SEDUCTION OF THE LAST GODHED’S SHADOW, PART II.

FROM MIKE EYE’S THE AQUEOUS TRANSMISSION, A NOVEL

THE LIFE WAS DRAINING FROM FLETCHER MUNSIN.

After a few minutes of wringing a considerable amount of blood from the feeble Fletcher Munsin in a most pitiless fashion, there was finally a ceasing of the ruthless activity.

Fletcher Munsin was indeed not dead. Not yet, anyway. His Eyelids remained closed, his Consciousness drifting through hyperspace.

AFTER WHAT SEEMED LIKE A LIFETIME, FLETCHER MUNSIN FINALLY came to, but his Eyes remained closed. He took in a few, very deep, vital breaths, in, out; in, out.

He started remembering what was going on. He dared not open his Eyes. Felt numb.

Within a brief moment, however, came the voice of the Mother that whispered into an ear of the suffering man.

“Open your Eyes” she whispered closely to him.

The man ever-so-slowly opened his Eyes. 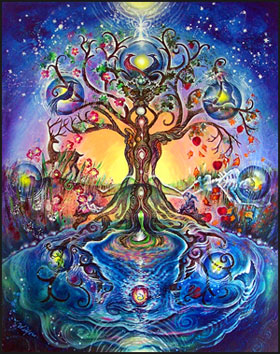 Hanging down all around him were the bare breasts of all the silvery seductive maidens, crouching down in a charmed circle surrounding the man, slightly swaying their supple bodies to and fro, back and forth, each siren’s unique breasts jiggling in their own unique style over the dying man.

The numbness abruptly fled from Fletcher Munsin as he gaped up at the scene above him to behold, instantaneously, a dozen loves at first sight.

At this moment, however, there was still no possible way in the man’s mind that he would be able to get an erection, as much as he so very much wanted to. Indeed the spectacle had distracted him so much, he abruptly entirely forgot that he was deliberately not supposed to enjoy it.

Fletcher Munsin took his gaze downward and was astonished to notice he no longer had legs. There were no legs. Frozen in total shock for a good forty-nine seconds, Fletcher Munsin just glared on, jaw-dropped and wide-Eyed. And he could feel a weird sort of completely unnatural pain that felt like two gigantic syringes sticking either leg sardonically with a strange virus that gnawed on the two stubs incessantly. They both felt completely frozen straight through. He tried moving his legs and nothing worked. He panicked. He then noticed that Magdalena had fastened each stub tightly with a makeshift tourniquet for each One. This is madness! he thought. 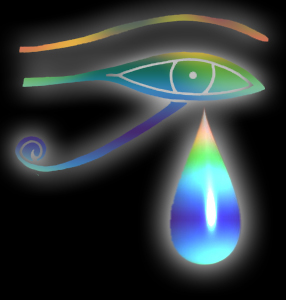 As ‘fun’ as this idea sounded to Fletcher Munsin, the whole fact that he couldn’t feel his legs that weren’t there mostly prevented him from becoming aroused.

But then the man fiercely shook his Head, a potent shiver involuntarily surging up the left and right extremities of the back of his sweating neck.

As bizarre a situation this was for him to endure, the remaining physical life of Fletcher Munsin was able to maintain a desire to Ascend peacefully despite all temptation. Enthralled with a sense of importance, the man was focusing as clearly as he could on his mission and its meaning.

And here and there, behind his tight Eyelids, he still managed to become distracted for flashes of instances that he would shake off vigorously. In those spontaneous flashes that Fletcher Munsin was trying to avoid were Dark images of the Mother Magdalena fucking him forcibly, expressions of a colorful conjuring of deep arousal and pleasure in her beautiful smooth face, her hard, tight body pumping back and forth, forth and back, her incredible curves slinking seductively with the thrusts. In those ever-so-quick flashes, Fletcher Munsin had subconsciously wanted to feel the awesome physical sensation of the dazzling, gorgeous Mother Magdalena’s insides in vigorous motion.

It would all be alright in ‘the End,’ he somehow actually remembered, Eyes remaining closed as he caught a bittersweet vision of his germ bringing about both life and death simultaneously.

Fletcher Munsin opened his Eyes just for a moment. 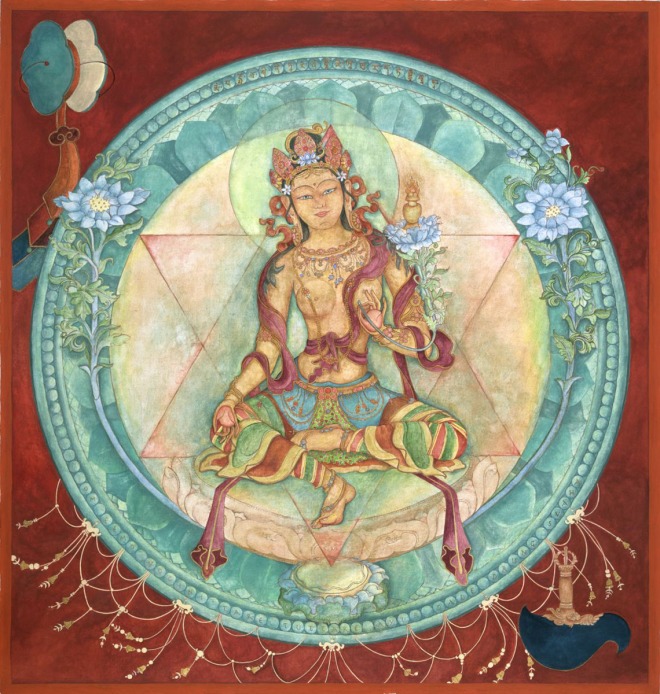 He had caught a glimpse of the Mother Magdalena still riding his big hard cock with a most brutal grit. It was happening! he thought. And, yes, his dick was very erect somehow, despite the severe pain he felt on his stubs and on his face. Just as she had done with the poor man’s legs before removing them, the Mother was squeezing Fletcher Munsin’s dick hard with all her pussy muscles in an attempt to drain out as much semen as possible.

The man lay back to ground, bravely baring his boner, now fully bamboozled. A hard panic set in and the hot, young Sacrifice again considered the possibility that he had already died somehow. What he felt was a curious, unexplainable sense of undue blind defeat. He was undergoing a near-death experience.

Fletcher Munsin clenched his teeth together and envisioned his reality with a most curious deliberation.

His endocrine system was fully stimulated now as the energies of their activation now pulsed interdimensionally over, around, and through the Biodome of Andromeda. This most spiritual prana surge, in turn, synchronized itself with the Earth way over in the Milky Way. It was laying the foundation for a new, whole, and perfectly harmonious psychelectromagnetic grid network that would flux eternally via macro-quantum entanglement and interact symbiotically with the human psyches present on Earth in bodies to create the Noosphere for the New Age, the prophetic, timeless ‘mind envelope’ of a Higher Collective Unconscious.

This he instinctively Knew.

This, he also Knew.

With a fierce jolt, the Consciousness of Fletcher Munsin now zapped into a greater awareness, an abrupt remembrance of exactly why, and how, the tribal male homosapien had been seeded with a libido so greatly dominant over all of its individual senses of reason.

He stared up blankly in a shady haze at the Mother still on top of him, fucking him dominantly. It was like she was just doing her Homework.

Fletcher Munsin lay bedazzled and more bemused than ever before of the sheer type of surreal attraction the Mother Magdalena was eliciting.

And it was simply nothing more than a super-compulsive, overpowering allure of the most infernal malice.

He felt her Essence, and it was totally foreign, a vile breed indeed, of a land most distant. And a couple of things he was naughtily intently concentrating on now the man simply just could not shake from his mind:

Magdalena was so hot.

This seduction was so deliberate.

And it was now.

The almighty Mother was doing the seeding.

Fletcher Munsin was, as ironic as it may seem, co-creating with the Earth at this very moment as well as infinitely different versions of his embryonic androgynous self.

The next thing the man felt was a most intense bond to the sacred power of Gaia, Tara, Earth, more of his relinquished Blood seeping into the soiled Soil on the surface of the recently flowerless Biodome of Andromeda.

In the blink of an Eye, without any warning, a woven empty sack of some sort was abruptly thrust around the Head of Fletcher Munsin and quickly drawn with its strings tightly around the man’s neck, threatening to suffocate him. He was left in total Darkness.

Fletcher Munsin realized he was trapped in a mystifying, reason-defying colossal column of oscillating liquid-light as he temporarily left his body to dance in the very center of the Earth. He singed the experience with a fiery data entry onto his personal and race morphogenetic fields while at the same time eerily catching flickering glimpses of the Image of Solaria, a taunting tonal tint to the vainglorious  deity’s disposition.

“Wet enough?” came the overtly provocative, muffled silky voice of Magdalena from the other side of the bag as she tied it more roughly shut.

But he couldn’t hear her. He was no longer Conscious.

“And now,” she declared. “I’m going to make you see me even more clearly!” 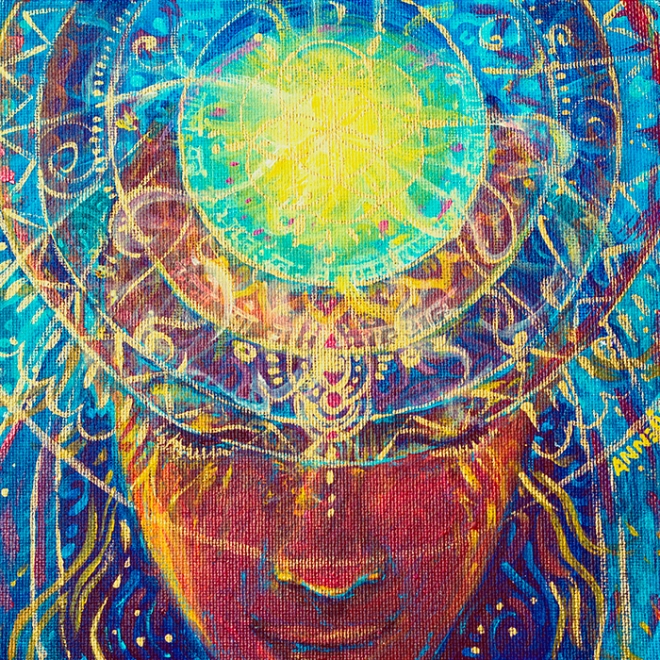 Magdalena went to extract her mighty spear which was sticking out of the Soil nearby. Approaching Fletcher Munsin, she placed a foot firmly upon his lower abdomen and raised her spear 33° South, level with the man’s Head. With both hands giving it a tight grip, Magdalena steadily brought her spear back, wailed loudly, and thrust the tip of the weapon with all of her might as close to the center of the man’s forehead as she could.

Because of Mother Magdalena’s experience and power, and also because of how extra sharp and miraculous her spear was, she was able to drive the spear directly through the man’s skull without cracking it, directly into his squishy brain, precisely penetrating his pineal gland, the tip of her spear coming to rest in the dead center of his Ajna Vulva.

He saw the face grin knowingly and then suddenly began to feel the most intense sense of euphoria he had ever felt flow throughout his nervous system and subtle energy fields, generating vivid strings of a most dominant Conscious Intention, loaded with energy, and plugging long-distance into the psychelectromagnetic gridlines of faraway Fucked-Earth that he was trying so desperately to power and realign.

He felt himself becoming lighter and lighter. -MIKE EYE

One thought on “☆ 19. THE SACRED SEDUCTION OF THE LAST GODHED’S SHADOW, PART II.”